Disclaimer: Experiments should only be attempted with adult supervision and are done at your own risk.

What is air pressure?

There's air surrounding us everywhere, all at the same pressure of 14.7 psi (pounds per square inch). It's the same force you feel on your skin whether you're on the ceiling or the floor, under the bed, or in the shower.

An interesting thing happens when you change a pocket of air pressure - things start to move. This difference in pressure that causes movement is what creates winds, tornadoes, airplanes to fly, and some of the experiments we're about to do right now.

Another interesting phenomenon occurs with fast-moving air particles. When air moves fast, it doesn't have time to push on a nearby surface, like an airplane wing. It just zooms by, barely having time to touch the surface. The air particles are really in a rush.

Think of really busy people driving fast in their cars. They are so busy doing other things and driving fast to get somewhere that they don't have time to just sit and relax.

Air pressure works the same way. When the air zooms by a surface (like an airplane wing) like fast cars, the fast air has no time to push on the surface and just sit there, so not as much air weight gets put on the surface.

Less weight means less force on the area. (Think of "pressure" as force on a given area or surface.) This causes a less (or lower) pressure region wherever there is faster air movement.

Confused? Great! Let's try some experiments out to straighten out these concepts so they make sense to you. 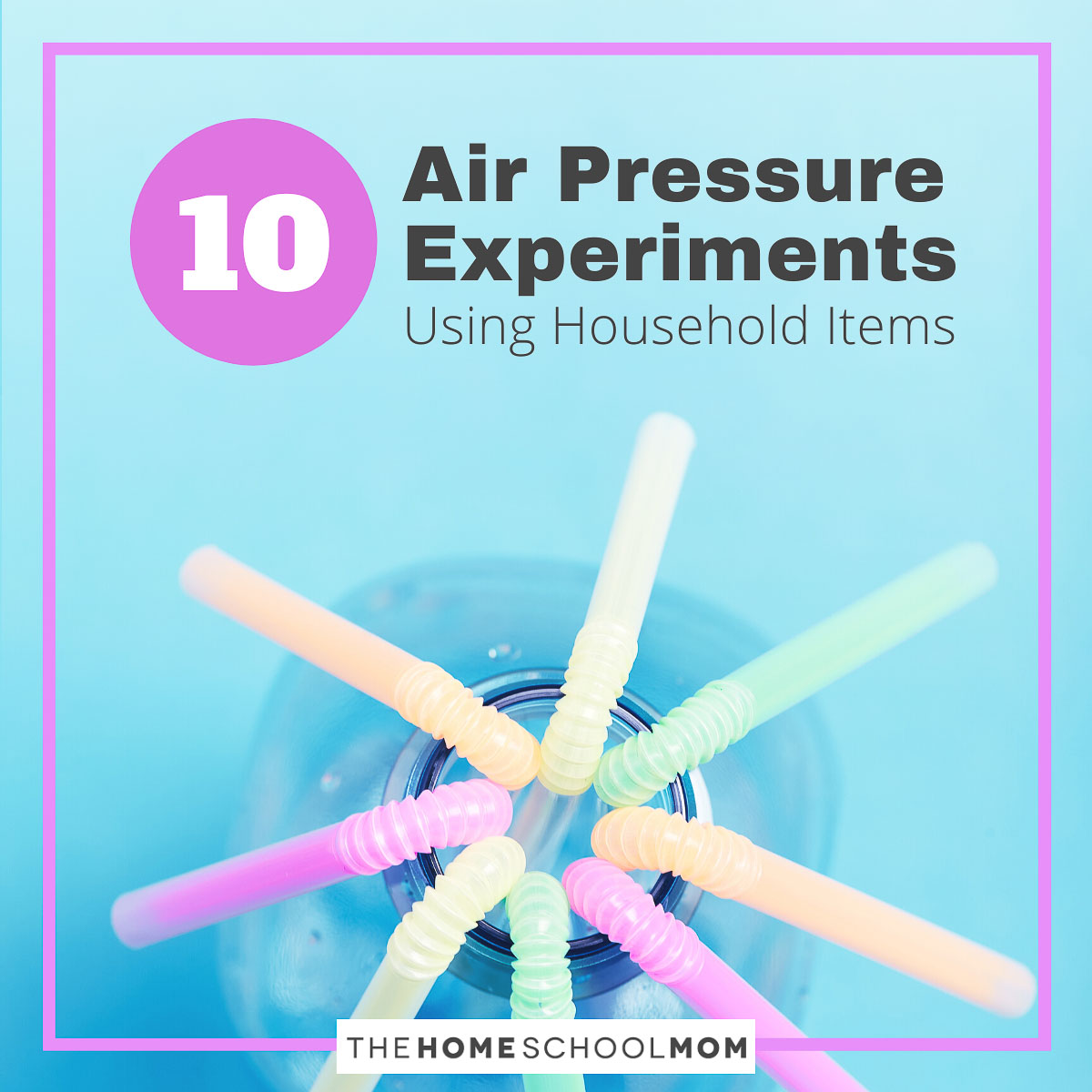 Fill a glass one-third with water. Cover the mouth with an index card and invert (holding the card in place) over a sink. Remove your hand from the card. Voila!

Take two clean old-fashioned, red rubber-and-wood-stick plungers and stick them together (you may need to wet the rims first). Try to separate them.

Why is it so hard? When you rammed them together, air was forced out of the cavity that the insides make when pushed together, leaving you with a lower air pressure pocket inside, compared to the surrounding air pressure of 14.7 pounds per square inch (psi) outside the plungers. Higher pressure always pushes and thus is keeping the plungers together.

Remove the shell from a hard-boiled egg and use a bottle with a neck large enough that the egg can be squeezed through (without squashing it) – old fashioned milk bottles work great. Light a match and toss it in, quickly setting the egg (small-end down) on the mouth of the bottle.

Seal a 2-liter soda water bottle (half-full of water) with a lump of clay wrapped around a long straw, sealing the straw to the mouth of the bottle. Blow hard into the straw.

As you blow air into the bottle, the air pressure increases. This higher pressure pushes on the water, which gets forced up and out the straw.

Insert a ping pong ball into a funnel and blow hard. (You can tilt your head back so that the ball end points to the ceiling. Can you blow hard enough so when you invert the funnel, the ball stays inside? Can you pick up a ball from the table?

Heat an empty soda can (large beer cans actually will work better if you have one) in a skillet with a few tablespoons of water in the can over a hot stove. Have a shallow dish with about ¼ inch of ice water handy (enough water to make a seal with the top of the can). When the can emits steam, grab the can with tongs and quickly invert it into the dish. CRACK!

The air in the can was heated, and things that are hot tend to expand. When you cool it quickly by taking it off the stove onto a cold plate, the air cools down and shrinks, creating a lower pressure inside. Since the surrounding air outside of the can is now higher, it pushes on all sides of the can and crushes it.

Blow a balloon up so that it is just a bit larger than the opening of a large jam jar and can't be easily shoved in. Light a small wad of paper towel on fire and drop it into the jar. Place the balloon on top. When the fire goes out, lift the balloon… and the jar goes with it!

The air gets used up by the flame and lower the air pressure inside the jar. The surrounding air outside, now at a higher pressure than inside the jar, pushes the balloon into the jam jar.

Take an empty water or soda bottle and lay it down horizontally on a table. Carefully set a small wadded up ball of paper towel in the mouth of the bottle. (The ball should be about half the size of the opening.) I bet you a million dollars that you can't blow hard and get the paper to go into the bottle!

Why is this so impossible? You're trying to force more air into the bottle, but there's no room for the air already inside to go except back out the mouth of the bottle, taking the paper ball with it.

Hold a regular sheet of paper to your bottom lip (you may have to play a bit to find the exact location) and blow hard across the sheet. The sheet flies up!

This is the same reason airplanes can fly. As you blow across the top of the sheet, you lower the air pressure (because the air is moving faster), and thus the pressure on the underside of the sheet is now higher, and higher air pressure pushes the sheet upwards.

Blow up two balloons. Attach a piece of sting to each balloon. Have each hand hold one string so that the balloons are at nose level, 6" apart. Blow hard between the balloons and watch them move!

The air pressure is lowered as you blow between the balloons (think of the air molecules as ping pong balls … they balls don't have enough time to touch the balloon surface as they zoom by). The air surrounding the balls that's not really moving is now at a higher pressure, and pushes the balloons together. 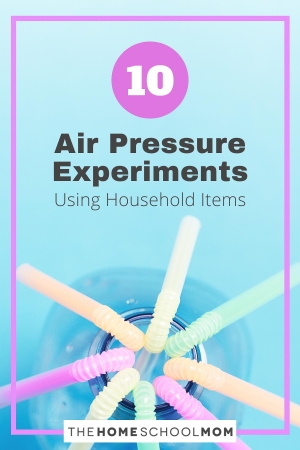