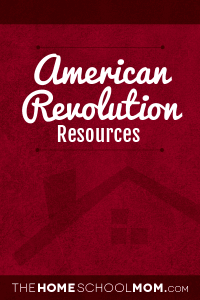 The Real Story of Revere's Ride  (Y,M,O,T)
From The Paul Revers House in Boston. A quick summary of Paul Revere's ride, some trivia questions, and an interactive map to fully understand the famous ride.

Paul Revere Biography  (Y,M,O,T)
Henry Wadsworth Longfellow's poem "Paul Revere's Ride," written in 1860 and published in 1861 in the Atlantic Monthly, transformed Paul Revere from a relatively obscure, although locally known, figure into a national folk hero. As a result, most people know him only for his famous ride to Lexington on the night of April 18-19, 1775. Revere's life, however, was a long and productive one, involving industry, politics, and community service.

The American War for Independence  (M,O,T)
A detailed curriculum unit by EDSITEment (National Endowment for the Humanities)

Appleseed Project  (M,O,T)
The Appleseed Project is a one of a kind, national program, that teaches traditional rifle marksmanship skills as well as sharing history of the people and events that surround April 19th, 1775, the day the shot was heard around the world in Lexington and Concord.

The Overmountain Victory National Historic Trail  (Y,M,O,T)
It recognizes the Revolutionary War Overmountain Men, Patriots from what is now East Tennessee who crossed the Great Smoky Mountains and then fought in the Battle of Kings Mountain in South Carolina. The website offers historical information about the park for those who cannot visit in person.

Independence National Historical Park  (Y,M,O,T)
Independence Hall is the assembly hall where the Declaration of Independence was signed. The Liberty Bell is located there as well. The website offers links and information for folks not able to visit in person.

Longfellow National Historic Site  (Y,M,O,T)
Longfellow National Historic Site is the home of Henry Wadsworth Longfellow, one of the world's foremost 19th century poets. The house also served as headquarters for General George Washington during the Siege of Boston, July 1775 - April 1776.The website offers historical information about the park for those who cannot visit in person.

Revolutionary Money  (Y,M,O,T)
Money Cut outs from each of the 13 colonies. From Smithsonian Education

Declaring Independence: Drafting the Documents  (Y,M,O,T)
From the Library of Congress. A look at the drafting documents to the Declaration of Independence.

The Declaration of Independence  (Y)
From the History Place.com

The Loyalist Meets the Patriot  (O)
Students studying the American Revolution usually learn from the perspective of Patriots. This activity asks students to write dialogues about the Loyalists' concerns and desires. Grades 8-12

The Timeline of the Revolution  (Y)
From the Valley Oak Elementary School Experimental Community Website.

Virtual Marching Tour of the Revolutionary War  (M,O)
From ushistory.org

Declaration of Independence  (Y,M,O,T)
From the Library of Congress - Primary Documents in American History

The Declaration of Independence  (Y,M,O,T)
From the National Archives (where the Declaration is housed), this website includes images of the original Declaration and its history as well as links to other important national documents that are housed at the Archives.

The Road to Revolution Game  (Y,M,O,T)
An online game about the American Revolution. Every correct answer moves you further along the timeline to Revolution.

July 4th Activity Book to Make  (Y)
For younger students, this book to make includes both period and current flags, the seal of the US, a revolutionary word search, a 50 states word search, and more.