In a recent post, I talked about how skill lags in reading and writing often create "content" lags for traditionally schooled students. Kids who go to school are under a lot of pressure to be early and proficient readers and writers, because academic work in other subjects becomes dependent on being able to read well and write well during the early grades.

However, I mentioned that this is less of a problem for homeschoolers, because of one of the benefits of homeschooling. 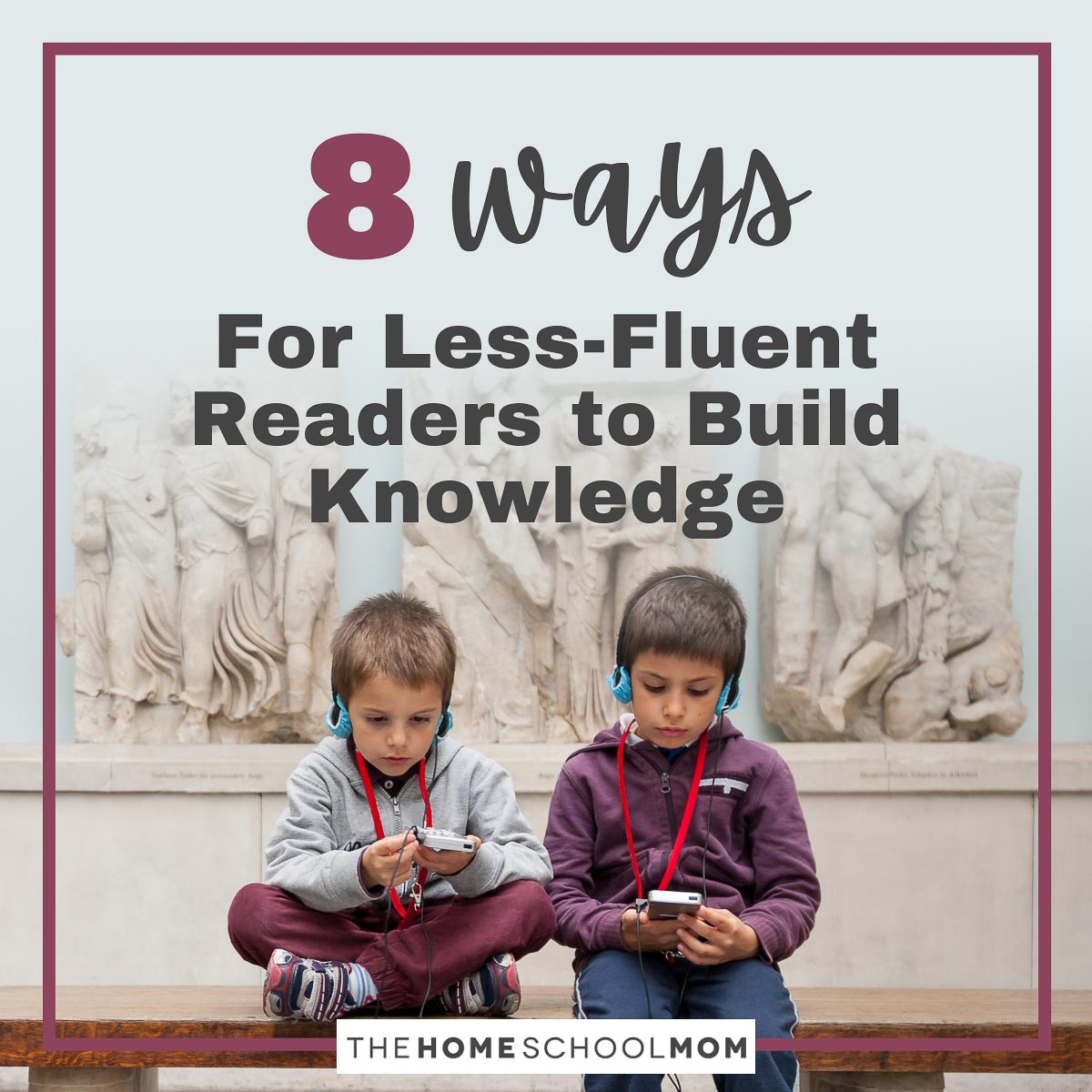 We can continue to help our kids build content during skills lags, customizing what works for each child. Experienced homeschoolers often fall into these techniques over time, but I offer a few of my favorite ways you can help your child get "subject area learning"  before his reading and writing skills are developed to an extent that they can be the primary routes to learning.

How Later and Less-Fluent Readers Can Build Knowledge

Homeschoolers do a lot of these kinds of activities because other homeschoolers are doing them, and they like the refreshing change that comes with varying activities. They also know that by using differing approaches, they have a good chance of meeting various learning styles their children may have.

But it's also true that these activities help build content. While I'm not a fan of public education's new commitment to Common Core State Standards because of how I believe the instruction is going to take place (among other reasons), I do understand that having children build knowledge is key to helping them build an understanding of the world.

As homeschoolers, we have the flexibility to use these approaches, and others like them, to help our children learn, even if the kids are not at a stage of being able to read well enough to "learn it from a book."  I've found myself in many conversations with homeschooled kids who are later readers or later developing fluency, and I'm frequently amazed at the knowledge they've amassed.

How have you helped your kids build knowledge during a skills lag? 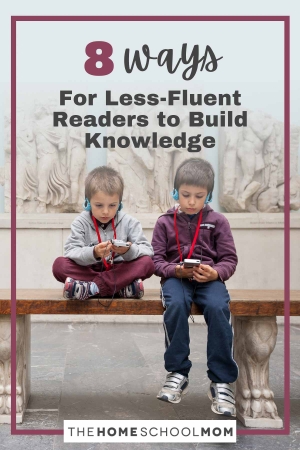