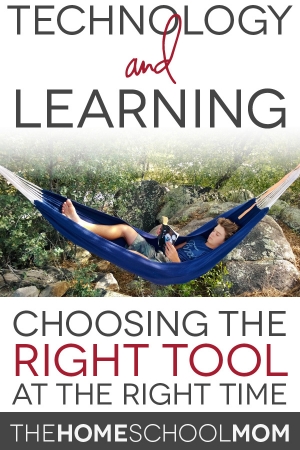 When the modern homeschooling movement first began a few decades ago, the personal computer didn’t even exist, but now the majority of homeschooling families use a computer as part of their educational program. This not only reflects the growth of computers throughout our culture, but it also indicates that many homeschooling parents have assumed that computers can help children learn more effectively. But if we think that plugging every kid into a computer will transform education, we’re fooling ourselves – and potentially harming our children.

Steve Jobs, the cofounder of Apple, was one of the first proponents of widespread computer use in education. However, after years of experience, he found that technology didn’t automatically improve education. Gary Wolf, in Steve Jobs: The Next Insanely Great Thing, quotes Jobs as saying:

I used to think that technology could help education. I’ve probably spearheaded giving away more computer equipment to schools than anybody else on the planet. But I’ve had to come to the inevitable conclusion that the problem is not one that technology can hope to solve. What’s wrong with education cannot be fixed with technology ... Lincoln did not have a website at the log cabin where his parents homeschooled him, and he turned out pretty interesting. Historical precedent shows that we can turn out amazing human beings without technology. Precedent also shows that we can turn out very uninteresting human beings with technology.

With all the hype about the benefits of technology for education, it’s easy to fall into the trap of believing that a computer is a necessary part of homeschooling. We need to look a little deeper, though, and think about how and when technology is best used for educating our children.

The Best Technology Has to Offer
Oak Meadow is primarily a print-based curriculum, and we do not encourage computer use for children until middle school. This is based on what we know about children, their developmental stages, and the way they learn. Regardless of how innovative any of the current educational software programs may be, using a computer is essentially a limited experience. When children are using a computer, they are not actively using their bodies, and this tends to inhibit the development of the will and the integration of mind and body.

The way we incorporate technology into our curriculum is based on how it can enhance the connection between students and teachers. This is also based on what we know about children. Technology should not be used to replace the person-to-person connection that is at the heart of learning. No computer program can replace a science exploration at the beach with a third grader, a celebratory high-five after a sixth grader successfully solves a tricky math problem, or an animated civics debate with an eighth grader. Relationships will always be an important part of learning.

However, we do recognize that the computer can be a valuable tool for homeschooling families. Our goal is to use technology to enhance the human connection, and we encourage the use of computers in several ways:

The Right Tool at the Right Time
Some parents worry that their children will be left behind if they don’t start using a computer in the preschool years. However, children who do not begin computer use until age 10 or 12 can become facile with keyboarding, mouse, and navigation skills in a very short time. Because their minds are developmentally ready for it, they easily catch up to their peers who have been “learning” on the computer from an early age in order to excel.

But while the computer skills might be equal by the teen years, the early computer user is often at a distinct disadvantage if her imagination and creativity have not had a chance to develop and flourish. A child raised with limited screen entertainment has a rich inner landscape that translates into practical problem solving, advanced communication and interpersonal skills, and often a robustly healthy physical body and extensive fine motor skills. For the early computer user, factor in the possibility of early mental burnout, poor posture, and repetitive stress injuries, and early computer use starts to look less and less ideal.

At Oak Meadow we don’t encourage students younger than 12 to engage in computer use, but we are aware that occasional use (watching a funny YouTube video or looking at pictures of wildlife, for instance) is unlikely to have any long-term damaging effect. The real danger occurs when computers are pushed into use as the primary source of education, entertainment, and socialization.

Putting the Needs of Children First
The same concerns apply to smartphones, iPads, Kindles, and even iPods. All these technological devices remove the child from a direct experience of the world. Let children first explore music with their bodies and voice, with instruments and other human beings, before plugging them into an iPod and inundating their sensitive eardrums with canned music. Let them study ants and spiders outside in the dirt and grass and trees before learning about insects from an online source or a documentary film. Let them create and explore and experiment on their own before narrowing their experience to an image or on a screen.

There is no doubt that advances in technology have given humanity some very powerful tools and that children need to learn how to operate them effectively. But how and when we introduce computers into the educational process can make a significant different in the lives of our children. During children’s formative years, we have to immerse them in physical, artistic, and contextually rich experiences that provide fertile soil for the neurological structures that are developing. These are the kinds of experiences that for generations have helped children develop the ability to think clearly, imaginatively, and creatively. Once we’ve given them a healthy start, they can take that clarity, imagination, and creativity and apply it to anything they want – including computers.

Lawrence Williams, EdD, is the cofounder and president of Oak Meadow. Since 1975 when Oak Meadow was founded, he has been a pioneer and innovator in the homeschooling movement. 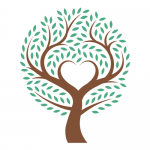