This year as I was making my rounds as a homeschool evaluator in Virginia, I ran across a number of homeschooled kids who were using an affordable mini-computer called a Raspberry Pi in order to do computer projects and learn programming. According to the Raspberry Pi Foundation:

The Raspberry Pi is a low cost, credit-card sized computer that plugs into a computer monitor or TV, and uses a standard keyboard and mouse. It is a capable little device that enables people of all ages to explore computing, and to learn how to program in languages like Scratch and Python. It’s capable of doing everything you’d expect a desktop computer to do, from browsing the internet and playing high-definition video, to making spreadsheets, word-processing, and playing games.

What’s more, the Raspberry Pi  has the ability to interact with the outside world, and has been used in a wide array of digital maker projects, from music machines and parent detectors to weather stations and tweeting birdhouses with infra-red cameras. We want to see the Raspberry Pi being used by kids all over the world to learn to program and understand how computers work.

(Read more about the Raspberry Pi at its foundation website). 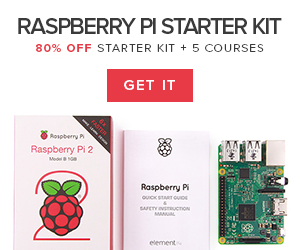 Asa Macomber, an always-homeschooled 17 year old, told me that he has used his Raspberry Pi "mainly for coding" because "the operating system comes with Python (a relatively easy-to-learn programming language) pre-installed." Asa likes the Raspberry Pi because it is extremely inexpensive, small and easy to move, and "can be used to host a web server; normally, a larger, more expensive computer would be used. Many people have to rent servers, which can also get costly."

Asa told me he got his Pi from Amazon for around $40 (affiliate link) after hearing about it from Tech Em Studios, where Asa serves an intern, helping kids learn about computers and technology in homeschool and after-school programs.

The Raspberry Pi is an example of technology that is better than traditional curriculum. The Raspberry Pi Foundation has noted that the tiny computer was developed partly in a response to the trend that kids were being taught to be computer users (keyboarding, web search, etc.) rather than computer programmers.

I've written before how I've seen a number of homeschooled teens build their own computer, even financing it themselves. Asa had already completed the teen tech project of building a computer. That gave him some experience on the hardware side. The Raspberry Pi has given him a deeper opportunity to learn coding -- the software side.

Asa says he likes the coding and web server aspect of the Raspberry Pi best himself, and added, "My employer and his students have hooked one up to a temperature and humidity sensor, and used it to control LEDs and even to do things in Minecraft."

Ah, the allure of Minecraft. With a Raspberry Pi, you can "hack the Minecraft world" with in-game code. Homeschooled kids, who have generous time to Google for projects and read forums and fiddle around, are ideally situated to make the most of their interest in Minecraft or tech in general by using a Raspberry Pi.

Asa says for working with the Raspberry Pi, "A keyboard and micro SD card are absolutely required, as is a micro USB cable for power. A monitor is handy, and you'll need a mouse to use the graphical user interface. If you want an internet connection, you'll also need either an Ethernet cable or a wireless adapter." He has his connected to his monitor via HDMI, which the Pi natively supports.

Like many other high school age homeschoolers, Asa has found community resources, including classes and an internship, to be valuable as he pursues his interest in computer science. This is a common approach for homeschooled teens like Asa, who plans to take community college classes with an interest in attending a state university after that.

Consider whether your kid might have interest in learning with a Raspberry Pi. Those who have shown interest in computers, Minecraft and other video games, robotics, electronics, logic, math, chess, and digital media might be primed to benefit from this tiny piece of hardware. Given exposure to what a Raspberry Pi can do, less tech-oriented kids might be drawn in as well.

As Mark Pesce says in his article "The Raspberry Pi is succeeding in ways its makers almost imagined" for The Register:

The Raspberry Pi has proven to be more than just a way to get kids into IT. It’s broadened their canvas of possibilities. They can look at a problem, dream up a solution, and make it so. . . . Completely at home with Raspberry Pis, these kids Google around for the things they don’t know how to do - because when you’re 11, you don’t know what you can’t do. They are inventing the future, and for them it’s just child’s play.

(Read more about Raspberry Pi in The Register, a leading online global tech publication based in London)