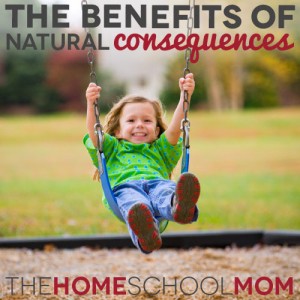 (or What History Teaches Us About Parenting)

The parent I would become was changed by history. Or at least by revelations history can offer.

At 18, I signed up for a college history course simply to fulfill a requirement.  Although I’ve forgotten the professor’s name, I’ll never forget the man. He was oddly proportioned with a short round body that didn’t match his oversized head. His florid face, full lips, and bulging eyes gave the impression that he was continually strangled by an unseen hand. Stadium seating in our introductory history class of nearly 100 students made him look even more foreshortened as he stood below us at the front of the room. He used no visual aids, no videos, only an occasional map that he drew himself on the board. He spoke without notes about a subject that impassioned him. As he lectured his voice started to quaver, his hands trembled in front of him, and he leaned forward looking at us with red-rimmed eyes. He was overwhelmed with the task. His lessons had to sink in.

That lesson was the same no matter what era we studied. He taught us to look at all of history using one pivotal question.

What happens when people are deprived of (or otherwise separated from) the consequences of their words and actions?

We studied the elite in various societies throughout history who were insulated from the consequences of their actions, even if the working poor around them suffered more and more from decisions made by the elite. We analyzed the larger impact this had on the culture over time. Then we narrowed it down. We looked at rulers who were typically brought up with all the advantages of privilege. Those who rarely experienced the consequences of their actions from childhood on tended to make decisions that resulted in tragedy, sometimes immediately, sometimes in ways that resounded for generations.

Any time we stumble on truth we see how it interconnects with larger truths. That was the case with my history professor’s question. I saw that theme, consequences, everywhere I looked—- in literature, in politics, and in the news being reported each day. I saw it in relationships around me. And on weekends, while volunteering with a project that offered services to teen addicts, I saw it there too.

So I vowed to use what I’d gained from my history professor when I became a parent. When my toddlers made a mess, even spilling a drink, I offered them a rag and some assistance cleaning it up but I didn’t do it for them. That work was their own. As they got older I expected them to give me three reasons when they wanted to do something outside our normal rules. They learned impeccable logic in the service of their own interests. And when they were teens I didn’t keep them from taking reasonable risks, knowing that they had developed a fine awareness of their own abilities.  I certainly suffer at times from parenting this way.  My kids expect ME to deal with the consequences of my own words and actions.  I can’t rant about an idiot driver on the road without one of my kids telling me it’s an opportunity to practice inner peace. That’s what happens when my words come back to bite me.

Too many kids are deprived of the consequences on a small scale. When parents help a child on and off playground equipment for fear of falls, the child is taught she can’t trust her own body. If a parent takes over building a model when the child becomes frustrated, the child is taught he is incompetent. If a parent refuses to let a child take the blame after hurting another child, she is being taught to avoid responsibility (and empathy). These aren’t the messages parents intend to convey. They’re hoping to make things safer, easier, and happier for their children. But frustration, embarrassment, even a few bruises are important parts of the maturing process. Attempts to make childhood frictionless are misguided. Worse, the consequences of words and actions on a larger scale may be much harder for these children to understand. At least that’s what history tells us.