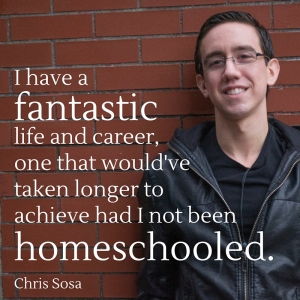 I’m in my mid-20s and still encounter befuddled, concerned reactions when I mention my educational background. These same people, who seconds earlier considered me among their most well-adjusted friends and colleagues, now seem to be staring at me like I’ve just admitted I grew up locked in a cellar. Questions about whether homeschooling turned me into a traumatized recluse strike me as bizarre, since I have quite a public career.

I was schooled non-traditionally because my mom, while pregnant, heard about it on the radio. The idea of shipping me off every day for instruction bothered her. She wasn’t innately opposed to the educational system; she just wasn’t convinced the traditional schooling structure best represented the life she envisioned for our family.

However, mom did send me to preschool to meet new kids, since she didn’t know any families with kids my age at the time. The homeschooling started in kindergarten for me, with my younger sister joining in. We dutifully sat at our desks in our makeshift classroom as mom took her position as teacher. It almost felt like playing school, because we were literally in the playroom.

We pretty quickly dispensed with mimicking the classroom setting and decided doing schoolwork at the kitchen table and in the living room would be better. Plus, the T.V. was in the living room, so it was much more conducive to a Richard Simmons workout on those days we felt like “Sweatin’ to the Oldies” for gym.

Our work was usually finished by the early afternoon, and we schooled four days per week. Friday wasn’t skipped because we were lazy. Rather, we were so productive, all the week’s work was done by Thursday afternoon.

My mother ran a homeschooling co-op group that met at my childhood church on Fridays. Parents would contribute their own unique talents. From dancing the minuet and learning sign language to playing baseball and carving wood, we were exposed to a wide variety of interests. Some were practical, nerdy, and fun while others were downright weird.

We also volunteered at the local senior home, played in the park and took regular field trips. Occasionally, those excursions took an unexpected turn. Was visiting a jail as an elementary schooler completely appropriate? Probably not. But I’ll never forget one way-too-confident student plopping herself on an open cell toilet. When you’ve got to go, you’ve got to go.

The high degree of customized learning offered through homeschooling, combined with relatively brief amounts of sitting still, worked well for me. I was ADHD, and a traditional classroom setting would have made me miserable and not provided anywhere near the degree of stimulation I needed. I would’ve been zonked out on meds. Not that meds are bad for children who really need them, but sometimes we tend to label active kids a problem when they get in the way of our quiet classrooms.

By my preteen years, I’d become a skilled roller skater, training three times a week. (Yes, rollerskating still exists.) We also skied throughout the winter. Through those communities, I began forming the friendships that continue to this day.

The homeschool structure can work well at avoiding the pitfalls of middle school social competition. I didn’t face the level of bullying I surely would have in public school for being a small, nerdy and clearly gay kid. Instead, I was in a roller rink dancing to Madonna and Will Smith.

When I was 14, I decided it was time to start college. “Can’t you wait one more year?” my mom asked, fearing I wasn’t quite mature enough to enter the world of adult. I agreed, and when I was 15, I took a placement test at my local community college. I scored particularly high on English and started classes a couple weeks later.

I was scared my first day. This was a totally foreign environment to me, but the young adults in my class looked even more terrified than I was. After the instructor spoke for a few minutes, I felt great. She was engaging and funny. We hit it off.

Given the ages of the students, I skipped high-school bullying too. I got along great with my classmates and quickly made friends. They weren’t from my fundamentalist religious background, but, despite my American flag shirt with stripes made of Jesus fishes, they didn’t seem to find me too offensive.

Thankfully, my mother always emphasized the value of asking questions. While the information I was given at college challenged my existing beliefs, I didn’t reject it outright and retreat. I engaged the new ideas in my own naive sort of way. (For anyone who follows my work as an adult, I’m obviously no longer wearing the Jesus-overtakes-America shirt.)

I became a lifestyle vegan and started as a contracted news and editorial writer when I was 16. Given the English-intensive homeschooling program and college training at a young age, my writing abilities were advanced for my age. By the time I was eighteen, I was beyond ready for university. College was old hat to me, since I’d used it to replace high school.

I jumped right in at Northeastern University, joined the executive board of a progressive student group and served on an experiential learning team that drafted a legislative proposal to combat disability stigma in the workplace.

After college, I became a national editor for a leading LGBT publication. Now, I’m a full-time writer, commentator and political advocate in New York City. You may’ve seen me stirring up trouble in a number of outlets. (Sorry, Grandma!) I’m also working on my first nonfiction book.

I have a fantastic life and career, one that would’ve taken longer to achieve had I not been homeschooled. In fact, I’m not sure I’d have made it at all, and certainly not on the front pages of publications like The Huffington Post and Salon in my early twenties. My ADHD would’ve held me back academically, and my confident demeanor would’ve been beaten out of me by kids who didn’t like me because I was different.

I don’t necessarily think homeschooling is the superior option for every family (and we made some mistakes in choosing ideologically-based curricula), but homeschooling shaped my adulthood in a positive way. I see how the public school system is lacking needed reform to match contemporary children’s learning needs. The value of homeschooling as an option becomes increasingly clear when contrasted with the factory-style learning that exists in thousands of American schools. 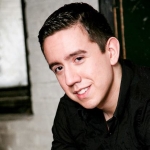 Chris Sosa is a political writer based in New York City who has written about homeschooling for the Huffington Post. He’s a proud animal and human rights advocate and loves hearing feedback from readers.