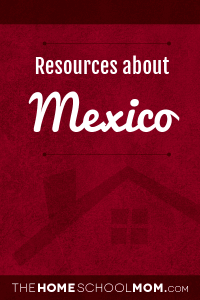 Mexico Independence Day: What You Need to Know  (T)
"Commonly confused with Cinco de Mayo in the U.S., the celebration of Mexican independence focuses on the moment the revolt began in September 1810." (from National Geographic)

Mexican Culture and History through Its National Holidays  (M, O, T)
"This lesson will focus on holidays that represent and commemorate Mexico's religious traditions, culture, and politics over the past five hundred years. The holidays celebrated by Mexico today exemplify the synthesis of ancient Mexican religion and Catholicism, and commemorate the struggles of Mexico's different social classes and ethnic groups." From NEH.gov's EDSITEment!

Cinco de May: Celebrating Mexico's History  (Y,M,O,T)
A variety of ways to celebrate and lesson ideas are suggested at this site from Teachers First.

Overview of Cinco de Mayo  (Y,M,O,T)
from How Stuff Works