Elections A to Z Notebooking Unit

Elections - Teacher Resources  (Y,M,O,T)
These lessons, printables, and activities on the U.S. electoral process from Teacher Vision provide great teaching ideas for fall, especially during an election year. Explore election requirements for the federal government with your students. You'll also find great ways for students to get involved in local politics, like holding classroom debates or writing letters to representatives. Units on civil rights and women's history will benefit from resources on the American suffrage movement.

Let's Vote! Talking to Children About Voting  (Y,M,T)
A parent's guide to talking about the presidential election from PBS Parents that includes videos, crafts, articles, printables, games, and more.

Presidential Elections Data: 1789 to present  (Y,M,O,T)
From The American Presidency Project, this collection offers maps showing election outcomes by state starting with the election of 1789.

State Government Resource  (Y,M,O,T)
From USA.gov. Visit the government website for each state, the District of Columbia, and U.S. territories and associated states.

Politics in the Animal Kingdom (Video)  (Y,M,O)
A series of animated videos from YouTuber CGP Grey that explains the First Past the Post voting system in the US and different types of voting systems from around the world.

Elections for Kids  (Y,M,T)
Elections for Kids is an educational website sponsored by Gallopade International, a publishing company for K-8 educational products and digital curriculum. The site has fun facts, informational articles, graphics, lesson plans, and more to learn about the election process.

Vote 411: Election Information You Need  (Y,M,O,T)
Vote 411 is a project by The League of Women Voters, “a nonpartisan, grassroots organization working to protect and expand voting rights and ensure everyone is represented in our democracy.” You can “register to vote, find your polling place, look up your ballot, and more” on the website.

Washington's Inaugural Address  (M,O)
From the National Archives, this page includes links to both a transcription and digital images of the original speech.

Elections: A Primary Source Based Presentation  (T)
Elections have been a constant feature of civic life in the United States, and yet they have changed and evolved ever since the first presidential election. This presentation by the Library of Congress explores the past and present of American parties, issues, and the right to vote.

Politico Election News Coverage, Forecasts, and Results  (M,O)
Politico has some of the most comprehensive election coverage available online. You can find predictions and results of presidential, primary, and midterm elections, states races, and ballot initiatives.

FiveThirtyEight  (Y,M,O)
FiveThirtyEight is a data journalism site that uses statistical modeling to make election predictions. The site, which takes its name from the number of electors in the United States electoral college, was originally a personal blog created by analyst Nate Silver. It was later acquired by the New York Times and then ESPN/ABC News. The site is still led by Nate Silver. The site is home to a number of digital projects for elections and politics, including predictions, polling, redistricting maps, and more.

Intelligence Squared U.S.  (M,O)
Intelligence Squared U.S. is a nonpartisan, nonprofit organization whose mission is to address the polarization of U.S. politics and “restore critical thinking, facts, reason, and civility to American public discourse.” It produces a debate podcast in which listeners are polled before and after the debate to see how their opinions changed after listening to the discourse.

The Green Papers: Elections  (M,O,T)
The Green Papers is a nonpartisan blog by Mr. Berg-Andersson that is dedicated to disseminating information on off-year elections. You can find a vast archive of information on Congressional sessions, governors, the apportionment of Representatives and Electors via Census Data, National Conventions, the Supreme Court, and much more on the site.

Commission on Presidential Debates  (M,O,T)
This nonprofit, and nonpartisan organization has sponsored and produced all the presidential debates since it began in 1987.

FiscalNote  (M,O,T)
FiscalNote was founded with the principle of bringing people closer to their governments. They have created a tool to help you quickly identify and contact elected officials including, members of Congress currently representing you. Regardless of your political affiliation, you have the power to make your voice heard by contacting your representatives and advocating for the issues that matter most to you.

PolitiFact  (Y,M,O)
“PolitiFact is a nonpartisan fact-checking website to sort out the truth in American politics. PolitiFact was created by the Tampa Bay Times, a Florida newspaper, in 2007. In 2018, PolitiFact was acquired by the Poynter Institute, a nonprofit school for journalists.”

Fact Check.org  (M,O,T)
FactCheck.org is a project of the Annenberg Public Policy Center located at the University of Pennsylvania. The site claims to be nonpartisan and nonprofit. The goal of the website is to monitor factual accuracy in U.S. politics.

Open Secrets  (M,O)
Another great site that exposes who is contributing how much to whom; a link titled who paid for this election will give children a better understanding of why politicians make promises to certain groups; search the database by politician or by donor.

Directory of US Political Parties  (Y,M,O,T)
Politics1 has an extensive directory of of US political parties – from the prominent to the obscure. Included are links to the party websites and a brief history for each.

Susan B. Anthony Resources  (Y,M,O)
Susan B. Anthony was a prominent leader in the Women’s Suffrage movement. Surfing the Net with Kids has a collection of resources for learning about Anthony’s life and work.

Not for Ourselves Alone: The story of Susan B. Anthony and Elizabeth Cady Stanton  (Y,M)
Two women. One allegiance. Together they fought for women everywhere, and their strong willpower and sheer determination still ripples through contemporary society. Recount the trials, tribulations and triumphs of Elizabeth Cady Stanton and Susan B. Anthony as they strive to give birth to the women's movement.

Susan B. Anthony House  (Y,M,O,T)
“The National Susan B. Anthony Museum & House in Rochester, New York, was the home of the legendary American civil rights leader, and the site of her famous arrest for voting in 1872. This home was the headquarters of the National American Woman Suffrage Association when she was its president. This is also where she died in 1906 at age 86, following her “Failure is Impossible” speech in Baltimore.” If you can’t visit the museum in person, the museum also offers a large number of online resources for women’s suffrage and Susan B. Anthony. 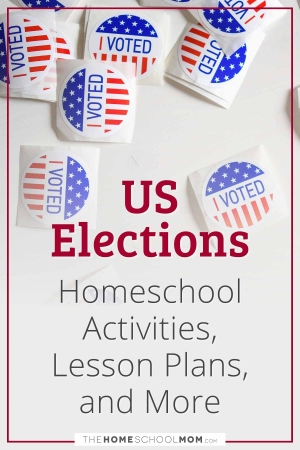