Crusade for the Vote  (Y,M,O,T)
Crusade for the Vote is a dedicated, women’s suffrage micro-site from the National Women’s History Museum. The site is home to an interactive timeline, digital exhibitions, primary sources, articles, and a large collection of educator resources.

2020 Women’s Vote Centennial Initiative  (Y,M,O,T)
The 2020 Women’s Vote Centennial Initiative was a collaborative project by women-centered institutions, organizations, and scholars across the US to celebrate the 100th anniversary of the passage of the 19th Amendment. Its website is home to a large collection of women’s suffrage resources, including biographies, book lists, quizzes, crosswords, lesson plans, and more. 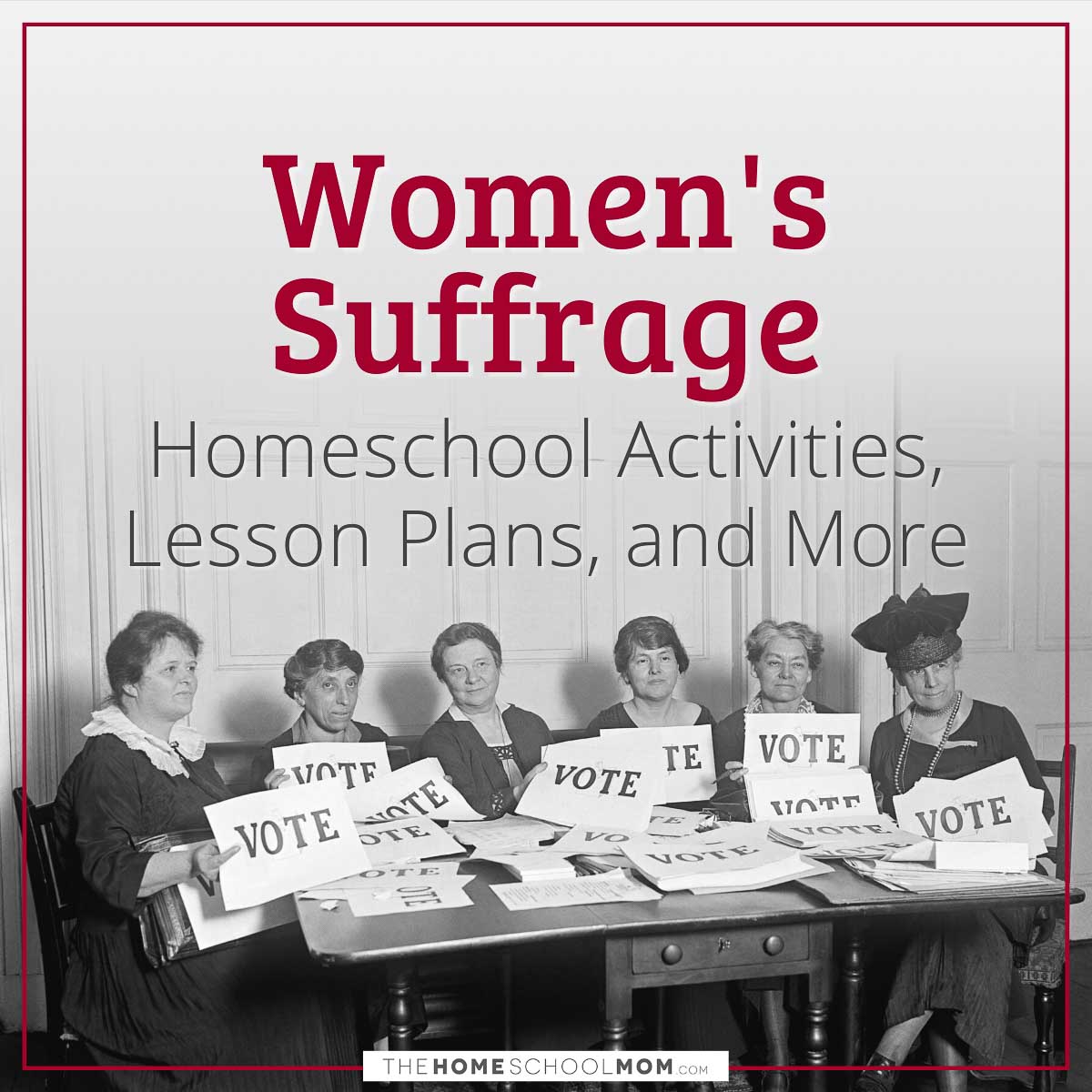 Teaching With Documents: Woman Suffrage and the 19th Amendment   (O,T)
A collection of photos, letters, documents, and primary-source-based teaching activities related to the Women’s Suffrage movement from the U.S. National Archives and Records Administration.

Women’s Suffrage: Pictures of Suffragists and Their Activities   (Y,M,O)
“The galleries in this guide include portraits of suffragists and images about the women's suffrage movement in the U.S., from the late 19th century through the ratification of the Nineteenth Amendment in 1920.” From the Prints & Photographs Division of the Library of Congress.

The Fight for Women's Suffrage  (Y,M,O)
This article from the History Channel provides an overview of the Women’s Suffrage movement from the 1820s to the ratification of the 19th Amendment in the 1920s. Includes lots of historical photos, links to related topics, videos, and more.

Susan B. Anthony Biography  (Y,M,O)
Susan B. Anthony was a prominent leader of the women’s suffrage movement. Learn about her life and work from the National Women’s History Museum.

The National Susan B. Anthony Museum & House  (Y,M,O,T)
“The National Susan B. Anthony Museum & House in Rochester, New York, was the home of the legendary American civil rights leader, and the site of her famous arrest for voting in 1872. This home was the headquarters of the National American Woman Suffrage Association when she was its president. This is also where she died in 1906 at age 86, following her “Failure is Impossible” speech in Baltimore.” If you can’t visit the museum in person, the museum also offers a large number of online resources for women’s suffrage and Susan B. Anthony.

75 Suffragists  (Y,M,O,T)
Meet 75 women who impacted the Women’s Suffrage movement with this collection of brief biographies from the Maryland Institute for Technology in the Humanities.

Women's Rights National Historic Park  (Y,M,O,T)
The park commemorates the First Women's Rights Convention. The website offers historical information about the convention for those who cannot visit in person.

Black Women’s Suffrage  (Y,M,O,T)
"The Black Women’s Suffrage Digital Collection is a collaborative project to provide digital access to materials documenting the roles and experiences of Black Women in the Women’s Suffrage Movement and, more broadly, women’s rights, voting rights, and civic activism between the 1850s and 1960. The materials in this collection include photographs, correspondence, speeches, event programs, publications, oral histories, and other artifacts." From the Digital Public Library of America.

Commemorating Women’s Right to Vote  (M,O)
In celebration of the 100th anniversary of the passage of the 19th Amendment, Black Girls M.A.P.P. and WeCan put together a series of interactive timelines and maps that provide an intersectional look at the women’s rights and suffrage movement.

NPS: Teaching the 19th Amendment  (Y,M,O,T)
The National Parks Service has a lot of fun lessons and activities for learning about the 19th Amendment and women’s suffrage. Lesson plans include maps, historic sites, slides, timelines, worksheets, and more.

19th Amendment with the NYT: Primary Source Activities  (O,T)
As a part of the 19th Amendment's centennial celebration, the New York Times put together 19 unique activities for learning about the legislation. The activities have students utilize primary sources to create maps, play a game, analyze arguments for and against women's suffrage, and more.

Women’s History and Suffrage Activities for Kids  (Y,M,T)
The National Parks Service has lots of fun activities for kids to learn about the suffrage movement. You can find coloring pages, word searches, puzzles, virtual scavenger hunts, and more.

The Road to Suffrage  (O,T)
In this lesson plan from the National Women's History Museum, students will use a timeline of the Women’s Suffrage movement to explore important events and discuss the significance of them. For grades 9-12 and college.

Women's Suffrage: Their Rights and Nothing Less   (Y,M,T)
A series of lesson plans from the Library of Congress that has students analyze primary sources, study the methods of the Women’s Suffrage movement, and a timeline of events.

Women's Suffrage: Why the West First?  (M,O,T)
Prior to the passage of the 19th Amendment, Wyoming, Colorado, Utah, Idaho, Washington, California, Oregon, Kansas, and Arizona all recognized women’s right to vote. This lesson from EDSITEment examines why the West was first. For grades 6-12.

Voting Rights for Women: Pro- and Anti-Suffrage  (O,T)
Not everyone in the US supported women’s right to vote leading up to the passage of the 19th Amendment. This lesson from EDSITEment looks at arguments for and against suffrage for women in the 19th and early 20th centuries. For grades 9-12. 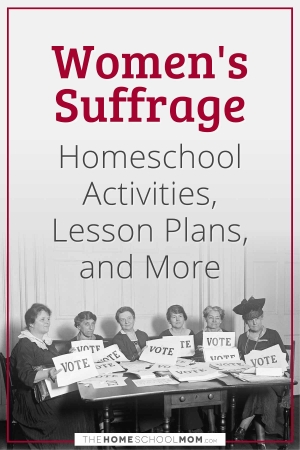 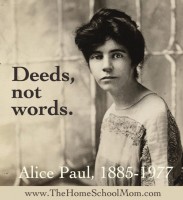 Election day is tomorrow and it got me thinking about how many people don't bother to vote either because they don't like the choices, they don't think they can make a difference, or they simply don't care. As a woman, I ponder the impact that Alice Paul and the women's suffrage movement had on women's rights. Women were jailed and beaten just up the road from me at what used to be the Occoquan Workhouse (later to be Lorton Federal Prison) in their fight for women to have the vote. Read More »