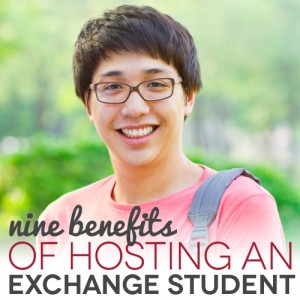 Hosting an international exchange student can be a great experience for homeschooling families. We hosted a student from Ecuador, and while the commitment can seem daunting, having Isaac José with us for a school year enriched our lives.

What are some of the benefits of hosting an international exchange student?

As homeschoolers, we felt we got the most possible out of our experience hosting an international exchange student. Every member of the family benefited academically and personally. I hope more families will consider hosting a student. It seems like it's something you do for the student, but if you are flexible and open, the experience is enriching for everyone.

Next Post
From School to Homeschool: What is Deschooling? »
Previous Post
« 3 Ways to Help Them Have Good Heroes, Part 3