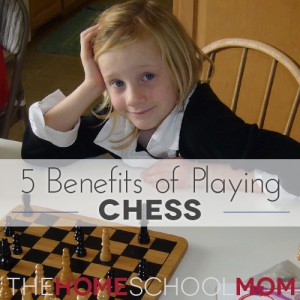 That's according to Dr. Teresa Parr, of MATCH and LearningDiagonal.com. MATCH stands for "Maurice Ashley Trains Champions," a company named for Maurice Ashley, who made history as the first African-American International Chess Grandmaster.

Dr. Parr, who brings her expertise as an educational psychologist to her MATCH partnership with Ashley, says, "There is good evidence that chess improves executive functions such as planning, impulse control, concentration, metacognition, and problem solving."

According to Dr. Parr, there are five significant educational advantages to chess for homeschoolers (and others) to consider:

Dr. Parr points out that Grandmaster Ashley himself is still learning. Why not our homeschooled kids?

Stay tuned for some great resources related to chess in my next piece on using chess instead of just sticking to traditional curriculum.