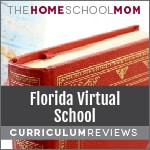 Florida Virtual School (FLVS) is an online education provider that offers publicly-funded courses to students in Florida. Outside the state, courses are available on a tuition basis. Homeschool students can choose from a catalog of elementary, middle, and high school courses that include core subjects, honors, Advanced Placement, world languages, electives, and more.