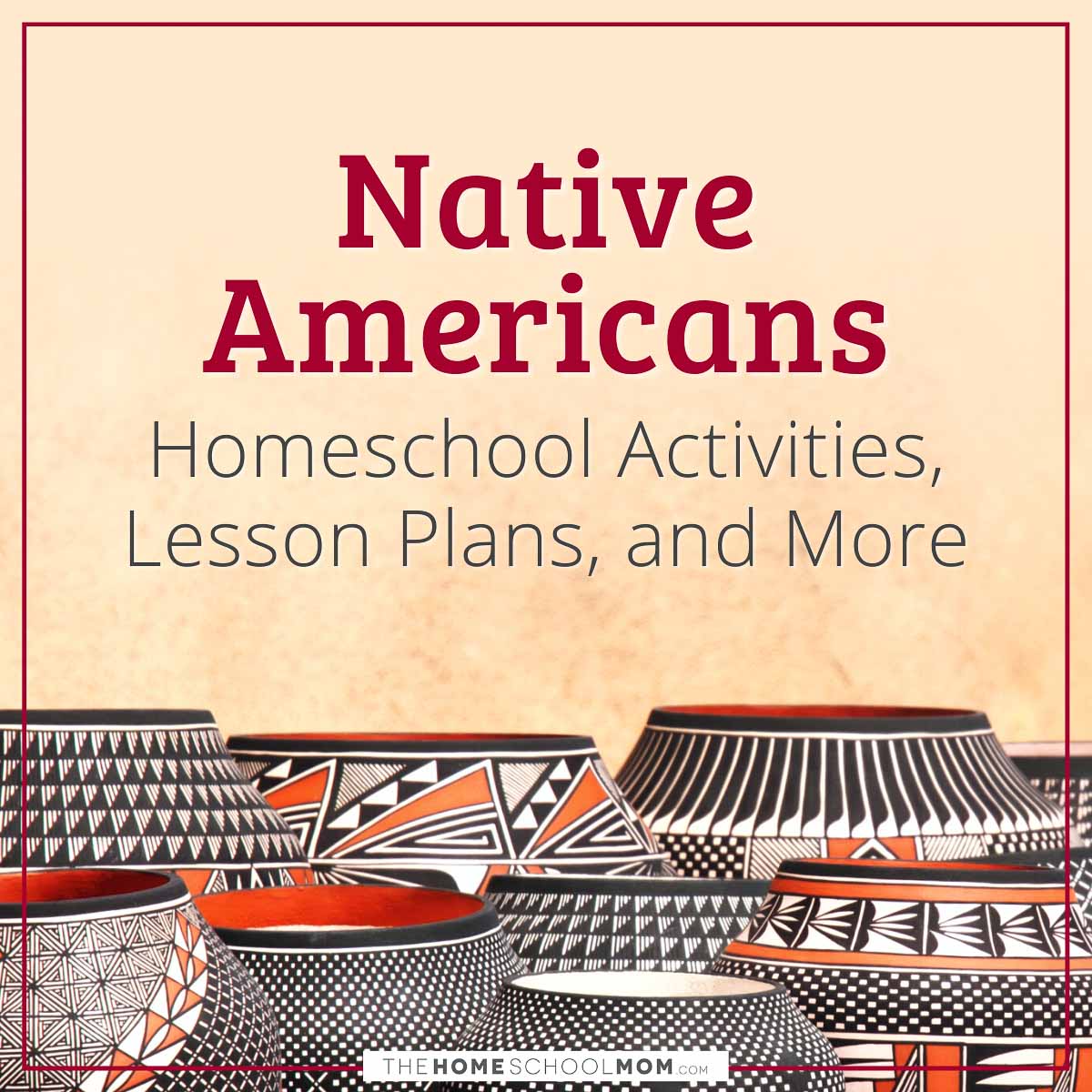 National Museum of the American Indian  (Y, M, O, T)
The Smithsonian's National Museum of the American Indian is home to a large collection of artifacts, objects, photos, and other media from Native cultures all over the Western hemisphere. In addition to browsing the collection online, you can find other educational events, programs, and resources on its website.

Native Land Map  (Y, M, O, T)
Use this interactive map to explore the first nations and indigenous cultures from around the world. The site includes a teacher's guide and additional links and resources for learning more about each nation.

Key Events in Northern Plains and Southwest Indian History  (M, O, T)
“Key events in the history of Native Americans include more than a hundred and fifty years of interaction with white settlers. These events, often tragic and inaccurately documented, contain the historical roots of life today on the reservations in the Northern Plains and Southwest. Historical events continue to impact education in Indian Country today.” From Native Partnership.

Indigenizing the News  (M, O, T)
Indigenizing the News is online publication focusing on contemporary US Indigenous culture. It collects and highlights stories from around the web in its monthly newsletter as well as hosts a good collection of reading lists, lesson plans, and other educator resources.

Indian Country Today  (M, O)
Indian Country Today is one of the largest news organization dedicated to covering American Indian news and culture. It's an excellent resource for finding stories of both everyday and famous Native Americans and learning about current events, issues, culture, and history.

Book Titles to Avoid - Native Americans  (T)
Despite the fine writing and exciting plots, many books about Indians foster continuations of classic blatant stereotypes. Recommended titles for reading as well as titles to avoid with explanations.

Books By and About Native Americans  (T)
Birch Bark Books is an independent bookstore in Minneapolis, MN that is dedicated to selling authentic and culturally-appropriate books by and about Native Americans. If you can't visit in person, you can find books on just about any topic for any age in its online store.

Native Americans Today: Booklist and Lesson Plans  (Y, M, O, T)
"Many people think that Native Americans are a vanished people—that they do not exist in the present day. In this lesson plan, teachers use photo essays and other texts to introduce students to Native children and their families, thereby countering the idea that Native people no longer exist." Lessons, activities, and discussion topics for K-12 from Read Write Think.

Powwows.com: Native American Lesson Plans and Learning Activities  (Y, M, O, T)
Powwows.com has an extensive guide for reframing your studies on Native Americans through a contemporary lens, as well as incorporating Native studies into your everyday curriculum. You can find guides for teaching students of all ages, lesson plans, activity ideas, games, music, recipes, and other resources. You can also use the website to find local events and videos of powwows.

Native Pasts: Digital Exhibition and Lessons  (Y, M, O, T)
Native Pasts is a digital exhibition and timeline by Bunk History that spans from pre-Colonization to today and “showcases the cultural, political, and environmental histories of American Indians.” Each subtopic/era includes related activities and lessons.

Woodland Indian Educational Programs  (Y, M, O, T)
WIEP offers Eastern Native American cultural awareness programs that will travel to your location. Many of the programs are a hands-on way for students to learn about historical Native American fiber techniques, foods, structures, and culture. In addition to in-person learning, WIEP has a variety of informative articles, printable worksheets, and coloring pages you can use virtually.

Native Americans in the West: 1838-1900  (M, O)
These resources "demonstrate to students distinct chapters in the encounters between white Americans and Native Americans. Students will understand the forces that spurred these encounters, the traits that characterized each side’s treatment of one another, and the ultimate outcome of the American government’s strategy towards native populations. The culminating activity invites students to create a monument commemorating an important element of the Native American struggle during this time period, either for the Cherokee, one of three tribal leaders, or for the children at residential schools." (from PBS Learning Media: Ken Burns in the Classroom)

Native American Cultures  (Y,M,O,T)
Most scholars break North America into 10 separate culture areas: the Arctic, the Subarctic, the Northeast, the Southeast, the Plains, the Southwest, the Great Basin, California, the Northwest Coast and the Plateau. You can learn about these Native American cultures grouped by contiguous peoples who shared similar habitats and characteristics from History.com.

When Rivers Were Trails (Game)  (Y, M, O)
When Rivers Were Trails is a 2D point-and-click adventure game similar to Oregon Trail that shows the impact of colonization on Indigenous communities in the 1890's. The game was developed in collaboration with the Indian Land Tenure Foundation and Michigan State University.

NativeTech  (Y,M,O,T)
“NativeTech is an educational website that covers topics of Native American technology and art with an emphasis on the Eastern Woodlands region. The web site is organized into categories of Beadwork, Birds & Feathers, Clay & Pottery, Leather & Clothes, Metalwork, Plants & Trees, Porcupine Quills, Stonework & Tools, and Weaving & Cordage. Instructional information about how some of these materials are used by Natives is coupled with detailed background on the history and development of these kinds of Native technologies.”

Native Languages of the Americas: Cultural and Language Resources  (Y,M,O,T)
Native Languages of the Americas is a site dedicated to the survival of Native American languages and contains a large number of worksheets, vocabulary lists, linguistic information, and other resources. In addition to language-learning resources, the site hosts a amount of information on Native American culture, geography, books, myths and legends, and more.

Big Orrin: American Indian Fact Pages for Kids  (Y,M,O,T)
BigOrrin.org is a web project by Cherokee Indian Orrin Lewis. The site contains fact pages on more than 50 American Indian peoples, as well as an archive of articles from around the web.

Trail Tribes  (Y, M, O, T)
Learn about the American Indian Tribes that Lewis and Clark encountered with this interactive map. Use the map to explore each tribe's modern and historical culture and relationships with the United States.

Cherokee Nation History and Culture  (M, O)
Students can take an in-depth look at Cherokee history and culture through a large collection of articles from VisitCherokeeNation.com.

Koshare Museum  (Y,M,O,T)
The Koshare museum was originally built by a Boy Scout troop during the Great Depression Era and officially opened its doors to the public in 1949. The 1949 structure is a registered state historic site of the Colorado Historical Society. It houses a collection of Native American art and artifacts considered to be among the finest in the world.

Nez Perce National Historic Trail  (Y, M, O, T)
The Nez Perce (Nimiipuu or Nee-Me-Poo) National Historic Trail stretches from Wallowa Lake, Oregon, to the Bear Paw Battlefield near Chinook, Montana. It was added to the National Trails System by Congress as a National Historic Trail in 1986. The 1877 flight of the Nez Perce from their homelands while pursued by U.S. Army Generals Howard, Sturgis, and Miles, is one of the most fascinating and sorrowful events in Western U.S. history. Chief Joseph, Chief Looking Glass, Chief White Bird, Chief Ollokot, Chief Lean Elk, and others led nearly 750 Nez Perce men, women, and children and twice that many horses over 1,170 miles through the mountains, on a trip that lasted from June to October of 1877.

Little Bighorn Battlefield National Monument  (Y,M,O,T)
This area memorializes one of the last armed efforts of the Northern Plains Indians to preserve their way of life. Here in 1876, 263 soldiers and attached personnel of the U.S. Army, including Lt. Col. George A. Custer, met death at the hands of several thousand Lakota and Cheyenne warriors. The NPS website offers historical information about the park for those who cannot visit in person.

Ocmulgee National Historical Park  (Y,M,O,T)
The Ocmulgee Mounds National Historical Park is a prehistoric American Indian site, where many different American Indian cultures occupied the land for more than 12,000 years. American Indians first came here during the Paleo-Indian Period hunting Ice Age mammals. Around 900 CE, the Mississippian Period began, and people constructed mounds for their elite, which remain here today. The NPS website offers historical information about both for those who cannot visit in person.

Sand Creek Massacre National Historic Site  (Y,M,O,T)
On November 29, 1864, Colorado Territory militia attacked and destroyed a village of Cheyenne and Arapaho Indians encamped on the eastern plains. An estimated 150 to 200 Indians were murdered, nearly all elderly men, women and children. The NPS website offers historical information about the massacre for those who cannot visit in person.

The Spirit Lake Massacre - Abbie Gardner Cabin  (Y,M,O,T)
“In 1857, amidst rising tensions between Native Americans and new settlers, 13-year-old Abbie Gardner’s family was killed by men of the Dakota Indian nation. This tragedy became known as the Spirit Lake Massacre. Young Abbie was taken hostage by the Dakota band and released 84 days later. Decades after the massacre, in 1891, Abbie returned to Arnolds Park and purchased the cabin, operating it as one of Iowa’s earliest tourist attractions.” If you can’t visit in person, the State Historical Society of Iowa website includes a site history and teacher’s guide downloads. Visitors Center with artifacts and film. Location: Monument Drive. Arnolds Park, IA 51331

Indian Grinding Rock State Historic Park  (Y,M,O,T)
The park includes the Chaw'se Regional Indian Museum. The museum gives visitors a view of exhibits and artifact collections from Sierra Nevada Indians. A Miwok village with a ceremonial roundhouse has been reconstructed in the middle of the small valley. Teachers's Guide available in PDF format.

Canyon de Chelly National Monument  (Y,M,O,T)
For 5,000 years, people have lived in the canyons. Navajo families today, make their homes, raise livestock, and farm the lands in the canyon. The park offers a Junior Ranger and Webranger programs.

Horseshoe Bend  (Y,M,O,T)
On 27 March 1814, Major General Andrew Jackson’s army attacked Chief Menawa’s Red Stick Creek warriors in a bend of the Tallapoosa River and killed more than 800 Red Stick warriors. The Battle of Horseshoe Bend can be viewed as a multi-national struggle between the forces of the Creek, the Cherokee, and United States.

Trail of Tears National Historic Trail  (Y,M,O,T)
The park commemorates the survival of the Cherokee people and their forced removal from their homelands in the Southeastern United States in the 1840s. The NPS website also hosts photos, interactive maps, activities, lesson plans, and other educational resources for learning about the Trail of Tears. 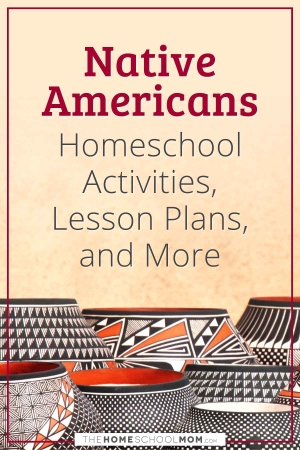