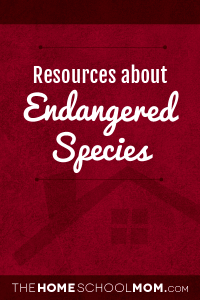 Animal Fact Sheets for Endangered Wildlife  (Y M)
Defenders of Wildlife is dedicated to the protection of all native animals and plants in their natural communities.

Cheetah Spot.com  (Y,M,O,T)
Throughout recorded history a cheetah pelt was a badge of wealth for its human owner. The animal was killed for its skin by some and captured for its hunting skills by others. But most recently, human excess is probably the major factor dramatically pushing the cheetah toward extinction. As human populations increase other species are "squeezed out" - their living space becomes more limited as does their food supply. Many animals feel the pinch and are at great risk of disappearing forever. In 1900 there were only about 100,000 cheetah worldwide - present estimates place their number at 10 to 15 thousand with about 1/10 of those living in captivity. Namibia has the largest population of wild cheetah - about 2500. Smaller populations exist in Botswana, Zimbabwe, South Africa, Kenya and Tanzania while 19 other countries have even fewer.

Endangered Wildlife  (M,O)
Gator Woman is the pseudonym for a transplanted Californian who moved to the Ocala National Forest in Central Florida and fell in love with it. She created a site dedicated to the endangered wildlife of Florida. It is meant to be a place for learning, a portal or reference resource in wildlife education for teachers and students. Featured are links to websites and information about endangered Florida ecosystems, amphibians, birds, butterflies, mammals, plants or flora, and reptiles. The site is very clearly and simply laid out with easy to understand explanations and would be an excellent resource for an older elementary student to use for finding research sources.

Southwest Wildlife Rehabilitation and Educational Foundation  (Y,M,O,T)
A non-profit organization specializing in rescuing and rehabilitating injured and orphaned wildlife native to the southwest. The website aims to educate today's youth on the importance of native wildlife and the environment.

Endangered and Threatened Species of Alaska Curriculum  (Y,M,O,T)
The teaching packet to teach students about biodiversity and endangered wildlife.

The Endangered Species Program  (Y,M,O,T)
From the Fish and Wildlife Service

Earthtrust  (Y,M,O,T)
From Earthtrust, a wildlife conservation organizations. The website has a lot of information about programs for protecting endangered species, including whales, dolphins, tigers, rhinos, and many others.

What's the Problem  (Y)
On-line tutorial on the threats that put animals on the endangered species list.

How to help: Endangered Species  (Y)
On line tutorial offering six ways to learn about animals, help them and share your ideas with others.