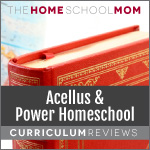 Acellus resources are available through Acellus Academy, an accredited online private school, headquartered in Kansas City Missouri, and Power Homeschool, a flexible online resource with affordable classes designed for students to learn at their own pace. Both are programs of the International Academy of Science, a non-profit organization with a long history and mission of advancing education and scientific research. Acellus Academy provides online instruction to students in grades K-12 through the Acellus Learning System, which was developed by the International Academy of Science and is used to provide primary instruction to students in schools across the United States. Power Homeschool is a program intended to aid parents in homeschooling their student. Parents may choose up to 6 courses at a time from numerous courses (grades PreK-12). Students are able to learn at their own pace under the supervision and assistance of their parent.