I’ve recently been talking to other moms who are homeschooling high school students about creating high school transcripts for those who are college-bound. It seems that there are quite a few homeschoolers who are intimidated by the transcript creation process (often because their children are following interests and passions instead of curriculum). One way to approach transcript creation is by breaking it down into much smaller steps starting with things you are familiar with, like this:

On August 28, 1963, Martin Luther King, Jr. stood at the Lincoln Memorial in Washington, D.C., and gave his most famous speech. His dream for his children, that they would “not be judged by the color of their skin but by the content of their character,” has inspired many in the fight for civil rights over the past 53 years. Our MLK, Jr. unit can be found on the linked page for free, and newsletter subscribers can download the PDF version in notebooking format.
Treaty of Paris 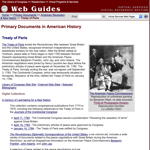 Do your children know when the United States was officially liberated from Britain? Many might guess July 4, 1776, but the correct answer is that while the colonies declared independence in 1776, it wasn’t until September 3, 1783, that the newly formed country signed the Treaty of Paris with “his Britannic Majesty”, ending the war and establishing America as an independent nation. The treaty was finally ratified January 14, 1784, by the Continental Congress. The Library of Congress has many resources for studying about the Treaty of Paris in its Primary Documents in American History collection. 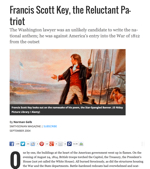 Barely more than a quarter of a century after America won her independence from Britain, she was again entangled in war with the crown. With America attempting to expand her borders and the British supporting raids by Native American tribes, the War of 1812 was considered a second war of independence by some in the United States, while not given much weight by Britain. For the first two years of the war, Britain was embroiled in war with Napoleon, but by 1814 had defeated him and turned its focus to the war in America. It was under these circumstances that Britain burned Washington, D.C, and three weeks later Francis Scott Key “found himself detained on a British ship within sight of [Fort McHenry]” in Maryland as it was assaulted by the British on September 13, 1814. All evening and into the morning, Key had no way of knowing if the defenses held firm or if the flag had fallen. He penned the now famous words of our national anthem while waiting to see through the smoke and fire if the flag still waved. Read more about Key and his involvement in the War of 1812 at the link above, and next month on September 14, you can tell your children the story of the origins of our national anthem on the 202nd anniversary of its writing.

Learning with the Olympics

I’m cautious about twisting every interesting thing into a “learning opportunity” that can turn off otherwise interested kids, but the Olympic Games are compelling, and your kids will probably want to know more. Watching actual competitions on television or via internet is surely the hook. Competition is its own drama, and the personal stories of athletes who have trained for so many years are interesting. But with the 2016 Olympics in Rio set for August 5 – 21, what are some good resources for additional learning? Read More…

When the modern homeschooling movement first began a few decades ago, the personal computer didn’t even exist, but now the majority of homeschooling families use a computer as part of their educational program. This not only reflects the growth of computers throughout our culture, but it also indicates that many homeschooling parents have assumed that computers can help children learn more effectively. But if we think that plugging every kid into a computer will transform education, we’re fooling ourselves – and potentially harming our children. Read More…

Finding Community as a Homeschooler

At first, particularly if you are new to homeschooling, it may seem like there are no homeschoolers around at all. But chances are very good that they are just hidden in plain sight! Families in many areas have established homeschool groups that meet for field trips, projects, playtime, and even parent-run classes. Finding them can be the hardest part. Some homeschool groups maintain a low profile to respect or protect the privacy of their member families. So it can be challenging to make that first connection. But homeschoolers, in general, are very resourceful and well-connected, and once you’ve found one local homeschooling family, you may soon hear about others. Read More…

Ten Things Homeschoolers Don’t Have To Do

Homeschoolers don’t have to: