Hand washing and safe food handling are very important to me. I'm not above bringing food safety brochures to potlucks. This fixation is not without cause, though; as a teenager, I contracted my first obvious food-borne illness after eating strawberries in Mexico City.

During the space of the next few years, I had the educational experience of coming down with G.I. infections of Staph and Salmonella, also due to the unsafe food handling practices of others. And then, in my youth, I landed a job that required me to become a certified food service manager. It was during this training course that I learned the sad fact that most food-borne illnesses are attributable to fecal matter under the fingernails. Serious "EW!"

Knowing my interest, and tolerating it exceptionally well, my friend Kelly, the homeschool mom who coordinates my kids' science club, asked me to present a unit on microbiology this spring. Imagine my delight at being asked to share the Gospel of Food Safety with seven impressionable children! I found many resources to tap, and put together a loosely structured unit that began with hand washing, then moved to safe food handling, and then into kitchen sanitation.

Using Google's image search, I found plenty of pictures of bacteria and some of the hideous effects they can have on the human body. Among the photos was a lovely image of the E.coli bacterium, in which it looks like a pink duster: fuzzy and deceptively harmless. Having once dreamed of being a puppeteer, I decided this was my chance; I made an old pink sock into an E. Coli puppet, by sticking bright pink feathers into the knit, so the effect was somewhat like a humongous E. Coli bacterium. So I opened the microbiology unit with a brief and-to me, anyway-funny talk given by the puppet. "Escher," as the puppet liked to be called, had to speak up to be heard over the groans of the 10-to-15-year-olds in the audience.

OK, so the puppet was a flop. But things went better from there. We had a lot of fun doing experiments with GloGerm, a harmless product that simulates the presence of bacteria. It comes in powder and lotion, and once rubbed in to hands, cutting boards, cutlery, etc., it can't be seen without aid of a black light. For the first experiment, I secretly rubbed GloGerm lotion into my hands, then shook hands with each student. After a while, we went into the bathroom-the only windowless room in the house-and looked at each child's hands and face under the black light. They were amazed at how the "bacteria" transferred from hands to noses, eyes, and mouths. The kids soon came up with some original ideas about how they wanted to use this product.

As much as the kids liked the GloGerm experiments, they were even more enthusiastic about the experiments in which they cultured swabs of various surfaces, from the dog and cat's mouths, to telephones, doorknobs, and bathroom fixtures. Everyone was grossed out when we viewed the colonies of bacteria that had grown on the agar plates.

Even though the topic was "icky" and many of the experiments disgusting, the science club kids seemed to enjoy the unit a great deal. The group came away with a greater understanding of- and appreciation for the factors that contribute to food-borne illness. They were so appreciative that they even gave me a funny and thoughtful card, and a gag gift: a "microbiology safety kit" they put together, containing rubber gloves, a can of Lysol, hand sanitizer and so on. Or maybe they gave it to me as a good riddance gift. I may never know.

I saved dozens of links from my searches for interesting microbiology activities, but space doesn't permit me to list them all here, so my very faves appear below. I hope you and yours can share the gross fun!

Food Safety.gov
The gateway to government food safety information provides news and safety alerts, consumer advice, info for kids, teens and educators, and much more. The best single site on this topic.

Science and Our Food Supply
Curriculum for use in middle level and high school science classes. My primary resource, adapted to suit the interest of the group.

Food Safety Music
The Elvis of E. Coli provides new lyrics to old rock songs, including Stomach Ache Tonight, We Are the Microbes, and many more hits. Listen to the songs, read the lyrics, and order your own copy.

Federal Citizen Information Center
Lots of materials for free or to order for a nominal fee.

Microbe World
Resources and hands-on activities. This is where I found a neat "Fun with Fomites" experiment that the science club kids especially enjoyed.

Can We Get Too Clean?
A paper written by a college student, "provided to encourage others to themselves learn about and think through subjects of interest."

Virtual Museum of Bacteria
Brings together many links on bacteria, bacteriology, and related topics available on the web. It also provides crystal-clear information about many aspects of bacteria.

Bacteria Study Kit
This is the most homeschool-friendly and all-in-one source for culturing common bacteria. Unfortunately, I found it after I ordered something inferior and more expensive from another source.

Henry the Hand
Henry offers information on food safety and the importance of hand washing, plus activities and a contest.

Educational Worksheets from GlowGerm
The producer of GlowGerm, the bacteria simulator, offers some experiments and information for educators.

Sponges and Sinks and Rags, Oh, My!
Where microbes lurk and how to rout them.

How Stuff Works: Black Light
Of course, the kids wanted to know how the black light works. 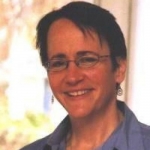 Shay Seaborne has been writing about home education since she began homeschooling her children in 1995. Her work has appeared in a variety of publications, including Home Education Magazine and “The Ultimate Book of Homeschooling Ideas” by Linda Dobson. Shay has been very active in the homeschool community, at the local, state and national levels. She founded and led a local support group for several years and was a key volunteer with The Organization of Virginia Homeschoolers for a decade. Ms. Seaborne formed the grassroots coalition that resolved a serious issue with her county’s homeschool regulation and won homeschoolers the right to partial enrollment. Shay loves people, loves helping people, loves being a synergist, and loves to witness people grow, thrive, and become empowered and happy. She is the founder/owner/co-moderator of the VaEclecticHS discussion list.